The cannabis number 710. What does it mean? You, as a marijuana connoisseur, undoubtedly know the meaning of the number 420. But are you also familiar with ‘710’? Rather than marijuana, this number refers to butane hash oil (BHO) and dabs.

The extracts from cannabis, like THC and other cannabinoids, are used in these oils and wax. Nowadays, the use of oil is also gaining popularity among medicinal cannabis users, because of its health benefits.

Be careful though: it is also much stronger than your ‘ordinary’ joint. So micro-dosing, in this case, is advised. Unless you feel adventurous and want to test your limits, but don’t tell us we didn’t warn you 😉 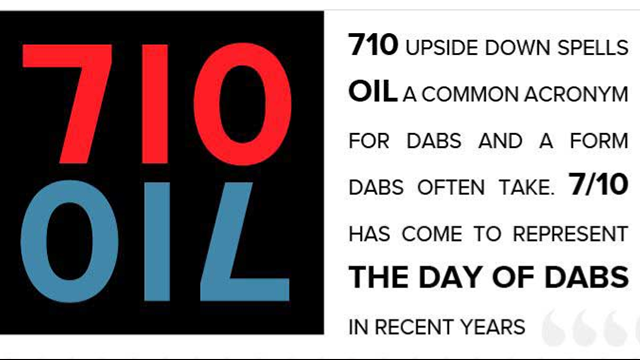 Oil users started their own movement and called it (surprise.. surprise): the ‘710 movement’. 7:10 is the time to smoke and the 10th of July is the day on which this holiday is supposedly celebrated.

On the 10th of July, it is also San Canuto in Spain (Canuto means joint in Spanish). And on this day cannabis is celebrated throughout all of Spain. 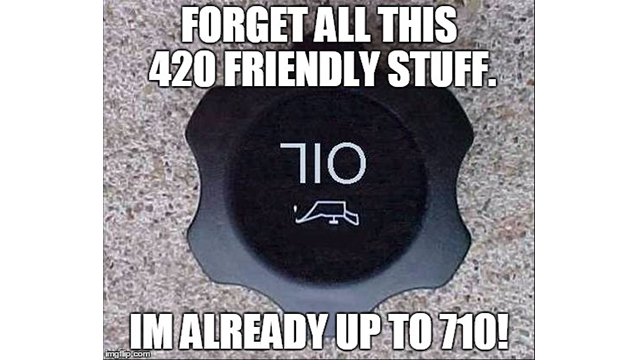 Last but not least, 710 is also chosen because if you turn – or write it upside down, you get the word… Yup: OIL 😉

What Is Your Favorite Thing to Do While...

Is Growing Marijuana Really That Bad for the...

Mexico May Now Vote on Marijuana Legalization by...

Can You Give Cannabis to Cats and Dogs?

Did the US Just Have Its First Real...

@2019 - All Right Reserved. Designed and Developed by PenciDesign