Uber Eats Starts Taking Cannabis Orders in Canada, But Can You Order Weed Through Uber in the US? 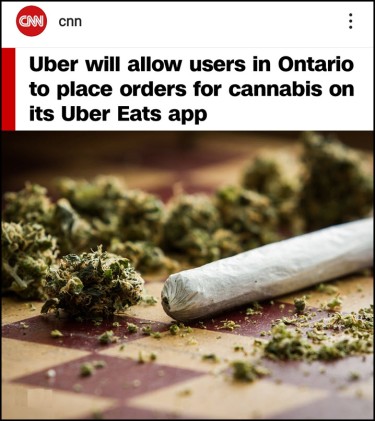 Uber Eats starts the ultimate future of cannabis, but not so fast in America.

Uber has started to do the obvious and deliver marijuana in Canada.  Under the Uber Eats label consumers can now order marijuana in Ontario, Canada.  But there is a catch. As Michele Chang at Quartz notes:

Uber is partnering with cannabis retailer Tokyo Smoke, allowing users to place an order on the Uber Eats app and pick it up in store. But delivery is not available yet. In Ontario, while cannabis can be delivered by retailers, third-party delivery from services like Uber Eats is not yet legal in Canada.

Items will be ready for pick-up within an hour of them being placed, according to a press release. When customers arrive to pick up their order at the store, they will be required to show their ID, as required by regulations.

While the headline is great, Uber and marijuana delivery, the reality is that it is just another ordering platform for cannabis that consumers can pull up and put a pickup order in at dispensary for, very similar to Leafly, Weedmaps, Jane, and others.

Before Americans get too excited about marijuana through Uber, there are a few problems to that “fantasy agreement” of marijuana delivery on-demand to your door.  One, recreational cannabis is Federally legal in Canada, unlike US. While Provinces may bicker over the rules and details in the same way US states do, the Federal government of Canada has legalized recreational marijuana so no threat of Federal authorities following your order in Canada and barging through your door.

Second, many states are setting up 3-to-5-year monopolies on delivery licenses that must go to social equity or economic empowerment candidates. That means that only social equity tagged companies may have delivery licenses in many states for at least 3 years, so Uber would not qualify, or legally be able to deliver your cannabis order.  While every Uber driver in Las Vegas seems to have a trunk load of cannabis products to offer you “just in case you were interested”, it is not legal for Uber or Uber Eats to take your marijuana order or deliver it.  If social equity programs continue in newly legalized states, it may be 3 to 5 years before mainstream delivery companies like Uber, Lyft, and even Amazon could deliver your cannabis order.

Third, due to the status of cannabis under Federal law, running a credit card or debit card that has a Visa or Mastercard logo on it for the purpose of buying marijuana is 100% illegal.  Yes, there are many workarounds and options such as “cash advances” and “cashless ATMs”, but they exist only because you cannot run a credit or debit card with a Visa or Mastercard logo legally for a schedule 1 drug under Federal law. With Uber doing billions in ride sharing fees and food delivery, they would never risk their US merchant accounts over $50 marijuana orders.  When the laws change, absolutely does it make sense, much like Canada is starting to experiment with, but until then, the ability to run a credit and debit card is way more important to Uber and Uber Eats in the US than delivering cannabis orders.

Fourth, interstate commerce is currently illegal for THC-based products.  This creates a problem for Uber and Uber Eats’ drivers who happens to cross a state line when delivering food or passengers.  You are now breaking Federal law by taking marijuana from one state and delivering it 5 feet over the border into another state.  Just a world of headaches and lawyers for Uber now, let alone Federal drug trafficking charges, advertising to minors, etc.

For now, Uber will have to give you a lift to and from the airport and deliver that 20-piece McNuggets box at midnight, minus the 1/8th and some gummies. 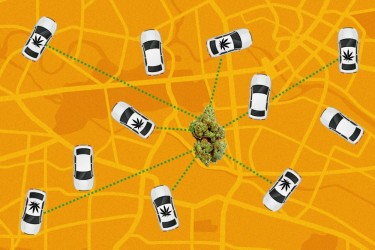 THE NEW CEO OF UBER WANTS TO BE YOUR WEED GUY IN THE FUTURE! 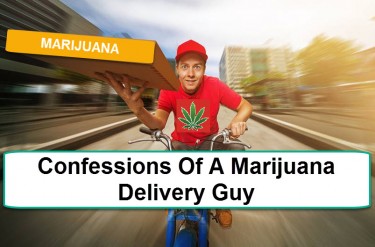 CONFESSIONS OF A WEED DELIVERY GUY!

Dispensaries on Tribal Lands? – Where Are the...

What Is Your Favorite Thing to Do While...

Is Growing Marijuana Really That Bad for the...

@2019 - All Right Reserved. Designed and Developed by PenciDesign